While Radial Path has a global audience, we're particularly proud of where we come from. And that's why our founder, Ruth Plater, set up shop in her hometown of Newcastle, UK. It's exciting when new projects are launched here so we're pleased to see how the FinTech sector in our region is growing.  Read on for a full rundown of the North East's FinTech scene according to those in the industry themselves.

The North East’s first financial technology meetup launched at The Bridge Tavern, Newcastle, on Wednesday, August 28, bringing together the growing number of people working in the region’s FinTech sector.

As well as FinTech, there are also data, cybersecurity, and digital clusters, among others.

When asked why cluster-specific networking events are important, Grant Murray, regional manager of the North for XE, said: "It's about everyone coming together. Not just about building an awareness that there are actually other companies around, but learning about what they're doing, in what sector, and how each of us can collaborate and share ideas – and business and growth opportunities.”

XE is best known for its online currency converter that allows visitors to check live exchange rates of any world currency, as well as other exchange rate information and currency-related services. Grant Murray is based in Tuspark, in the centre of Newcastle.

“We're all faces on LinkedIn but we don't see each other in person because we're all off doing our own thing, with different schedules. Nights like tonight do masses for the region because it gives us a collective voice, and we are then able to go to other regions and talk about what we do,” he added.

“The most important difference between a standard networking event, of which there are many, this that is dedicated to the FinTech sector – which is growing in the North East and is our biggest strength.”

“I’m not really sure if a lot of people understand what FinTech is - they think it's just about banks but it's more nuanced than that," he said.

So just what is FinTech? The term itself literally describes the use of computer programs and other technology to support or enable financial services. So while digital challenger banks definitely come under that umbrella, it is more all-encompassing than that.

The scope in the North

There are nearly 19,000 Financial Professional and Business Services companies in the region. With collective buy-in, the FinTech cluster aims to redefine the current narrative surrounding Northern FinTech and its opportunities.

It’s notoriously difficult to control a narrative that is already so defined by ‘important investors’ who are often based in London and the South East.

But things are changing. London has become saturated with venture capital and private equity investors, leading them to cast their nets further afield in search of more cost effective deals.

When cities within the Northern Powerhouse footprint do get a slice of the pie, Manchester and Leeds have so far emerged as “go to” destinations. However, investment in other Northern cities has drawn people to Newcastle, and increased interest in these regions has led to more cross-country collaboration.

For example, FinTech North is an initiative also focused on building an open and collaborative network for sharing ideas, challenges and best practice across the entire North.

“Why Newcastle? Because Manchester, Leeds and Liverpool have already been done. Newcastle has a lot more to give,” added Grant Murray.

Outside of the bubble, no one knows FinTech is thriving

Anecdotally, one FinTech Friends attendee spoke of a meeting with Newcastle Central MP, Chi Onwurah. She is said to have had little knowledge of the growing FinTech scene within her own constituency, but was pleasantly surprised upon the revelation. This may be through no fault of her own, and instead the mere nature of niche clusters.

Aaron Homes, CEO of Kani, believes there are a lot of great FinTech companies in the region but “no one knows they exist”, while Lucy Mounter, business development executive and director of Intercash, described the community as a “bubble”.

And for those inside the bubble, things still aren’t as collaborative as the North East FinTech Cluster hopes it will one day be. As another attendee explained: “There’s not a developer in Newcastle that needs a job. That’s really tough for new companies. Talent is constantly getting poached.”

But this lack of tech talent is not unique to the North East, it’s a universal problem. Though, some are feeling the breeze more than others.

How can the region begin to attract and retain more talent by establishing a significant FinTech ecosystem, when so many companies are currently flying under the radar? When not even a central MP is in the know? The questions that arise here further reinforce the need for sector-specific clusters where business can shape a collective narrative, and shout about what they are doing.

Only critical mass can draw in talent

Gathering and retaining mass interest is often a problem with meetups, but with over 70 sign-ups ahead of the event and a bustling room on the evening on, FinTech Friends is off to a strong start.

Reiterating the same concerns and goals as other FinTech Friends, Gavin Sewell believes cluster-specific events and support networks are "vital" in bringing FinTech business into the North East to "demonstrating that we can treat them well, and build career paths".

"If we want talent to move here, we have to show them there is a network of FinTech companies so they can hop around when progressing in their career," he added. "We've been working with Dawn [who is in charge of the FinTech cluster] since day one. There's a lot of interest but we need critical mass."

"We didn't know if it was going to happen at first but here we are,” said Dawn Dunn as she passed out free drink tokens.

"From investors, to start ups… There’s Honcho, blockchain, payment companies, a crypto entrepreneur and strong corporate representation too. The cross section of people who have come here tonight is amazing, they really are from right across the entire FinTech ecosystem.

"And that’s the important thing – that we've got a good mix. We do want to highlight the start ups though because we're hoping the conversations that happen here will lead to more collaboration, the growth of existing fintech companies and even the birth of new ones, which will again grow that vital critical mass.”

Nothing compares to my home town

“There's quite of few people here that have lived in London and are now relocating back to the North East, or even coming here for the first time. It’s great that we’re able to attract home-grown talent once again but we need to work together to achieve more and keep them here in the first place,” Dawn Dunn added.

Lucy Mounter is one of those people. “Intercash is actually based in London but I’ll be working remotely,” she said.

When asked if Intercash would consider opening an office in the North, she told me that, while there may not be enough of a network at the moment, it’s definitely something to consider in the future.

She added: “There’s a lot of relevancy here for bigger companies and corporates. We’re always looking to build new partnerships and there are a lot of companies I’ve met here tonight that are highly relevant.”

“We get a lot of inquiries but sometimes don’t have the right solution for that company, so we like to pass them on to someone else that we know can deliver. Not a lot of companies do that but that's where these events are really important – and they’re handy for startups because they'll meet advisors and investors.”

These times they are ‘a changing

“We’re also running a FinTech specific campaign, looking at ways to grow the FinTech space here and encourage people to come in to the region,” he said. “It's a growing market and we have a real opportunity in the North East. There are so many companies doing the right thing in the right space, and we want to support that.

"Newcastle has to be a part of that growth within the UK, and we are including Dynamo FinTech as part of that conversation.”

So let's do it. Band together, make noise, change the narrative, attract talent, and keep pushing forward. 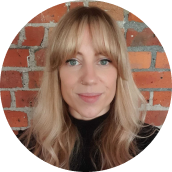 DAM vs CMS: What Is The Difference?

Why Every Google Ads User Should Protect Their PPC Budget

Internet Usage Continues To Surge, How Are IXPs Meeting Demand?

Is It Safe To Use Digital Asset Management? 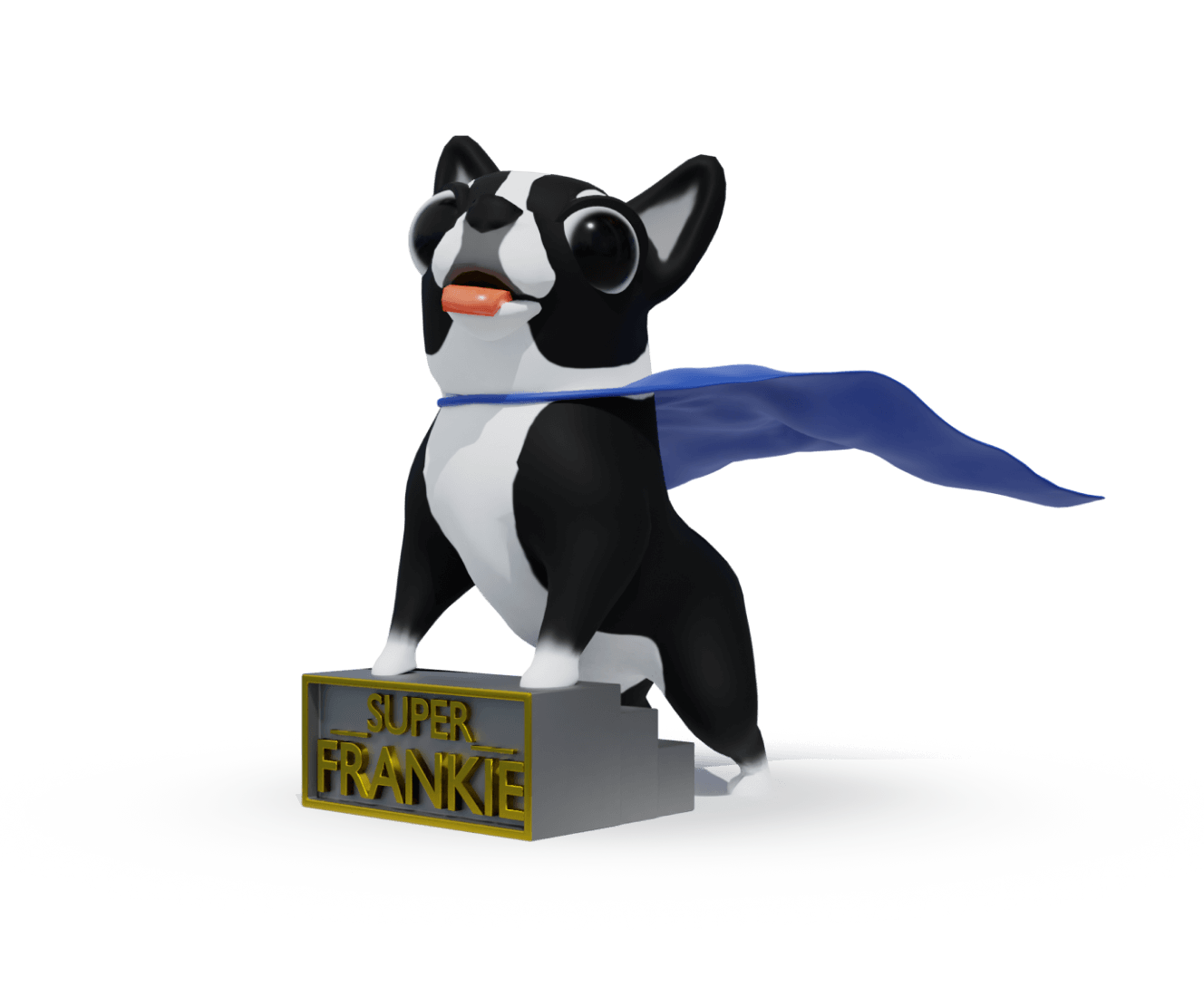 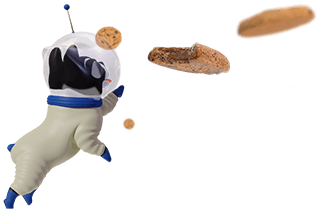